November’s ROCKstar of the Month is Josh Wilson! Josh wears many hats here at RTH, but his main role is that of our awesome Warehouse Manager! He’s been a valuable member of our team for 8 years now and has a lot of experience, expertise, and memories to show for it. During our peak season, the team relies heavily on Josh to keep the warehouse neat, organized, and ready to ROCK every single day. That’s why we’re so happy to call him this month’s ROCKstar of the Month!

“My favorite part of being on the RTH team is the environment and the people. I come to work everyday and I don’t hate my job. At work I build these amazing relationships with my coworkers and it’s the best!” – Josh Wilson, ROCKstar of the Month

When he was in high school, he’d often go to concerts and think, “I would love to do this as a career one day.” Though he took a slightly different path, he ended up in relatively the same place. Today, you can find him chasing that dream by helping produce some of the area’s biggest events that entertain people of all ages. He also added, “And who doesn’t love making brides’ and grooms’ dreams come true?” 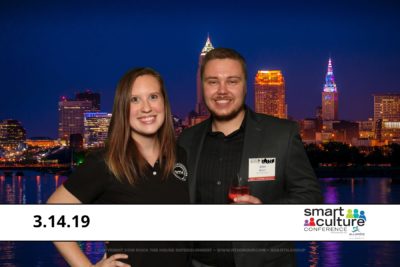 “Josh has continued to push himself and our team towards excellence while helping to maintain a positive culture within our tech team at RTH. He has been thrown new obstacles every day and always looks for ways to improve and streamline our systems. He is always learning and trying to better himself at everything he touches.” – Ryan Durfee, Production Manager 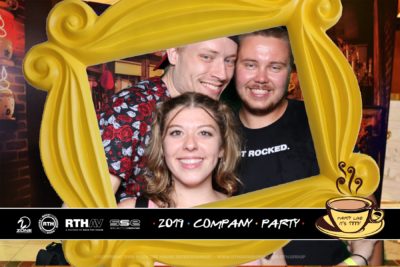 One of the coolest events that he’s been a part of with Rock The House was the release party for Machine Gun Kelly’s album at Red Space. There was a small concert, and he was able to meet MGK as well. Josh and his best friend, Joey, worked it together which made it an even more memorable event for him.

When Josh isn’t at RTH keeping our warehouse in tip-top shape, you can find him racing or working on cars. You can also find him around a campfire, joking around with friends, and enjoying adult beverages.

Congratulations to Josh on being November’s ROCKstar of the Month! Interested in working with ROCKstars like Josh to produce your next event? Contact our team of event professionals today to get started! Photos courtesy of the Rock The House Photo Archive.

With so many large events happening for us in January, it only makes sense that our first ROCKstar of the Month for 2017 is one of our top project managers, Cory Shy! Cory has been an RTH team member for 6 years now, originally starting as a part-time technician and continuing to work his way up to more leadership roles through our production sector, RTHAV. A renaissance man of the production world, Cory is well-versed in many different fields ranging from video, to lighting, to audio. Most recently, Cory has taken full control of the Today’s Bride Wedding/Fashion Shows. With Rock The House (RTHAV) acting as the official production partner for these shows, there are a lot of moving parts involved in making an event of this magnitude come alive. However, having proven his responsibility and leadership skills time and time again, Mr. Shy handles projects like this without a hitch by expertly directing fellow team members to ensure everything runs at company standards. “Cory’s a terrific team member to have and a great part of our roster. He continues to increase his responsibilities so that as we grow, we grow together.” – Ben Allison, Production Manager

Regardless of all his accomplishments during his time at Rock The House, Cory continues to credit our team for contributing to his success.

“I’d be nothing without the people that guide me… The people who have taught me, work alongside me, and have helped me achieve the level of production our shows have, and require. I wouldn’t be where I am without them… It’s a big group effort. – Cory Shy

Congratulations to Cory again on being awarded the ROCKstar of the Month, and we thank him again for all his hard work, dedication, and service! Interested in working with Cory Shy for your next event? Contact our team of event professionals today to get started! Photos courtesy of the RTH Photo Archive.

December is here once again, which makes this our last ROCKstar of the Month for 2016! As a company that does work in many different sectors of the event industry, we found it only fitting that we choose a ROCKstar with many different talents; Sean Tyrrell. Approaching his 4-year mark with Rock The House, Sean has filled a wide variety roles throughout the company. Originally starting as a dancer and party motivator in the spring of 2013, Sean has since moved in the direction of a technician, working regularly in our warehouse and behind the scenes at many events. Most recently, Sean has really showcased his passion for lighting, becoming one of our most skilled lighting designers, and even working on shows with artists such as rising pop sensation Alex Angelo. Sean also has many interests related to DJing, and still dances at RTH shows from time to time. “I love having Sean as part of the RTH family. His team mentality and versatility make him unique. Whether he is a party motivator, photo technician, LD, camera operator, ceremony engineer, or simply working in the shop, he continues to grow and develop himself, all while helping those around him do the same.  This Swiss Army knife skillset lends itself to continually strengthening our teams and events.” – Ben Allison, Production Manager

Sean proves to be a valuable asset to our team, and we know that he will only continue to impress us with his talents for years to come. Thank you again, Sean, for all that you do for Rock The House!

Interested in working with Sean Tyrrell for your next event? Contact our team of event professionals today to get started!

Brent has had a great month!

Brent has a passion for all things A/V but particularly audio. Brent has continued to better himself and to push us as a company to increase the quality of our audio production and equipment. He has really stepped it up by setting aggressive goals and to doing whatever it takes to see them through. His hard work and leadership has allowed production managers Ryan Durfee and Ben Allison a chance to focus on operations as we begin our busiest season. Brent also completed the technical site survey, gear speck, and management of this years Make A Wish Gala, with rave reviews from the client. Creative and Talet Director, Ryan Konikoff explains just one reason why Brent is one of Rock The House’s best:

“The Cleveland Airport Marriott has requested him personally 3 times in the last few months to come in and mix audio for several of their largest clients. Mary Francis Ody, Director of Catering and Special Events recently told me at a social event that one of her clients wanted him back for an event in two weeks because of the stellar job he did the week before.Being singled out by a partner like this is a big deal to us. Brent is here to work, and he works hard, but he has huge heart and it shows. He fully understands and embraces the idea of The Rock The House Family and works to make sure that all are included and feel the same rewards he does from a job well done.” Brent has been with Rock The House for over two and a half years and has worked as a technician in many different areas of the company. His passion for audio comes through in his love of music. Music and sound will always be at the core of Rock The House and Brent has brought us to another level. Brent knows that we’re in the business of fun and that means having fun at what you do is just as important.

Production Manager, Ryan Durfee had this to say about Brent:

“Brent has become a lead tech specifically for larger audio events. It is important for the RTH team to see  someone who puts effort and can handle new as well as more responsibility while maintaining a high level of professionalism. The surge of responsibility and work load at the start of our busy season brings wears us all. Brent has been able to keep a positive attitude and keep on his responsibilities as they continue to grow.”

In addition, Production Manager Ben Allison says this about Brent as Team Member of the Month:

“Brent was chosen for team member of the month because of his dedication to the company as well as our clients.  He is a team member that others can look to for help and encouragement. He is constantly looking for opportunities that he can have full ownership of and thereby spread the responsibilities across the team instead of on the two production managers, which is greatly appreciated.

When we asked Brent what he liked most about being part of the Rock The House team, here’s what he said:

“The happiness it brings. We throw parties, and we’re damn good at it! The smiles, the laughter, and happiness that comes as a result from all your hard work, that’s what makes it all worthwhile.”

Thanks for all your hard work, Brent! You’re one of the reasons why Rock The House is great!